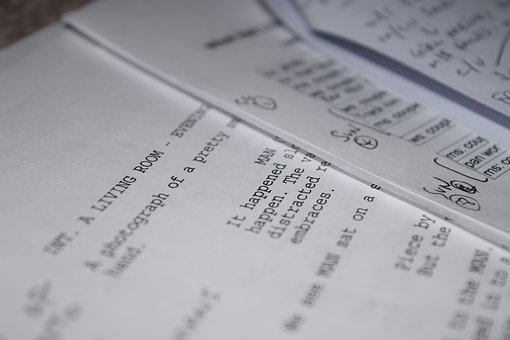 How to Write a Screenplay

The Screenplay Itinerary (Cinema, Television and New Media) is a two-level syllabus - distributed over two academic years - specifically designed for the training of screenwriters.

Although the natural name of the script is cinematic, the truth is that it would be absurd to pretend that, in 2016, the Internet or television does not exist. And although it is true that both share a common basis with the grandfather of celluloid, so it is that they assume the appearance of new conditions, new opportunities and, therefore, require the scriptwriter a certain ability to adapt and mutate their work.

Objectives of the Itinerary

The goal of Guion's Itinerary is for the student to acquire the technical and narrative tools of the scriptwriter, as well as a structured method to tackle projects more or less complex and a basic knowledge with which to defend themselves in the vast and emerging audiovisual market.

To get writers versatile, autonomous and capable, the itinerary Write it again, Sam will invite you to chat with the students to writers, producers, filmmakers, actors and other professionals in the world of cinema. All this to help the student to understand that he enters into a collective means of creation in which the perspective of the screenwriter is enriched and complemented by the contributions of dozens of professionals throughout the production process.

To achieve these objectives, Writers' School has designed a two-course itinerary.

The two courses of the itinerary

Each course of the Itinerary occupies one academic year (from October to June). These are the exact characteristics for each of the modalities we offer (the face-to-face mode is taught in Madrid).

From paper to screen: Writing scripts is not writing literature. The writer knows that his work is only the plane of another major work - the one that will occupy the screen, months or years later - and this forces him to relate in another way to language.

In this first year students will learn the tools that allow the screenwriter to draw this plane accurately but interestingly, while developing precision and creativity, technique and experience and understanding the phases through which the script of an audiovisual work passes. It will work both in individual writing exercises, as in team and both on own ideas as on closed premises. The course is completed with two meetings with audiovisual professionals and the analysis of two audiovisual works chosen by the team of teachers.

From the idea to the project: In this second year the students will start a personal project and complete a first version of it, be it a series, a feature film or a new format work (webserie or similar).

Throughout the first year the student has learned the basic techniques and tools to write a script. In the second year the student will reinforce the concepts learned and will look at new aspects of film narrative, such as the differences between classic and modern narrative structure, through comparative analysis of films and the performance of individual and team writing exercises based on ideas own or others. But above all, it will stop especially in the pre-writing phase, the search phase of the idea, what you want to tell, developing a work of introspection and observation of the environment. Like the first year, the course is completed with two meetings with professionals in the sector and monographic sessions on audiovisual development techniques.

First year | From paper to screen: 24 frames per second